5 Reasons Why Electrical Work is Better Left to a Professional

If you’re looking for a professional electrical contractor you can trust, look no further than Fielack Electric. For the past twenty-plus years, their master electricians and contractors have been servicing the electrical needs of Long Islanders in Levittown, NY. Using the latest techniques and the most advanced tools, these fully licensed and insured electricians and contractors really outshine the competition. From service upgrades to pool and spa wiring – and everything in between – you can count on the experts at Fielack Electric to meet all of your needs.

Whether your lights are flickering or you need to install a few new outlets in your home, you might be tempted to tackle the project on your own. You’ve watched a few videos, read some books, and consider yourself pretty handy. What could go wrong?

The answer to that question is simple: A lot!

Even if you are a self-proclaimed DIY expert and you’ve done tons of research, unless you are actually experienced, electrical work is best left to a professional. Why? – Keep on reading to find out five reasons why you should hire a licensed and experienced electrician and contractor for your electrical needs.

If there were only one reason why you should hire a professional electrician, safety would be it. While electricity certainly makes life more convenient, it can be extremely dangerous. Even if it’s something that seems as simple as installing a new outlet, you could put yourself at risk of a serious injury if you try to do the job yourself. For example, connecting the wrong wires could result in electrocution, or a faulty connection could spark a fire.

Don’t put your safety at risk! Licensed electricians over at Fielack Electric will not only have the necessary experience but will also take every precaution to ensure that the job is completed safely.

When installing electrical wiring, strict codes must be adhered to. These codes are designed to ensure the safety of anyone who is within close proximity to the wiring, including those who reside in your home, and your neighbors.

Failure to adhere to these codes could result in serious injuries. Furthermore, if you happen to be lucky enough to avoid safety issues, not following electrical codes may detract from the value of your home. For instance, if you were to sell your house in the future and an inspection revealed that your electrical system was not up to code, a potential buyer may offer significantly less than you are asking – if they decide to make an offer at all.

A professional electrician will follow all electrical codes of your town, further ensuring the safety of your home.

No matter how many how-to videos you watch and books you read, nothing can compare to the knowledge that is obtained from formal education. Licensed electricians must complete formal education. In fact, they cannot be licensed unless they have completed the necessary education. Additionally, a professional electrician will have hands-on experience that can be applied to the work that you need to have done.

With a formal education and hands-on experience, a professional electrician will have the knowledge that is necessary to ensure your electrical needs are safely met.

Even if you consider yourself very good at troubleshooting, you may not be able to find the answers when an electrical problem arises. Because of the advanced knowledge and experience, a qualified electrician has, a professional will be better able to diagnose any issues. 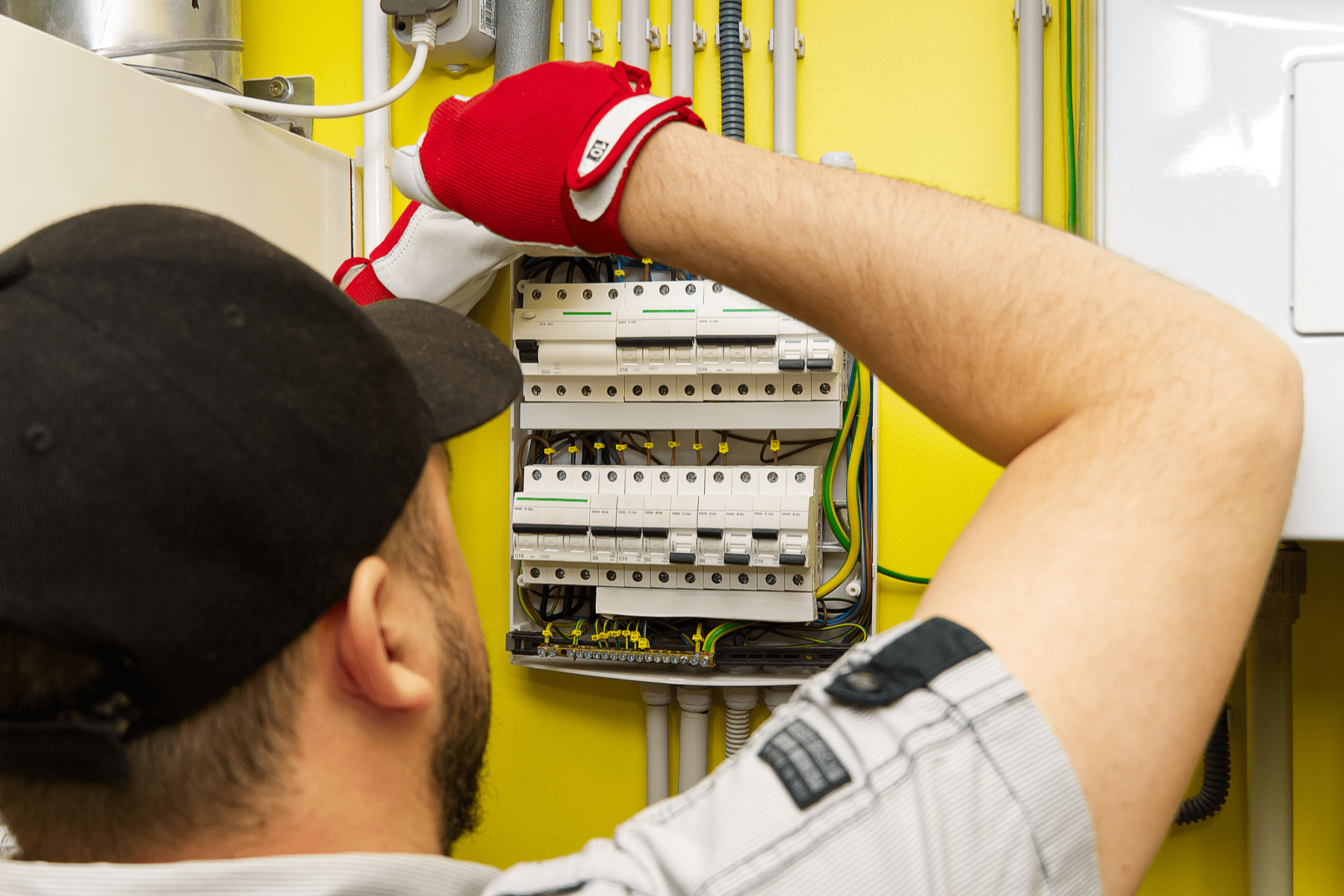 Thanks to their advanced problem-solving skills, a licensed electrician will be able to save you a lot of time and money; not to mention headaches.

You might assume that you’ll save yourself some money by trying to DIY your electrical work; however, that usually isn’t the case.

If you end up making a mistake or buying the wrong materials, you could end up spending a lot more than you would have if you hired a professional in the first place. By hiring an electrician or a contractor, you’ll not only save money in the long run, but you’ll also save valuable time. The job will be completed much faster so you can start enjoying the benefits sooner; plus, you won’t have to worry about spending your valuable time doing the job yourself. Instead if you’re in Levittown, NY call us now!

When it comes to electrical work, you want to make sure that the job is done safely, responsibly, efficiently, quickly, and affordably. That’s exactly why you should hire a reputable electrician.

If you’re in need of electrical services in Levittown, NY, contact Fielack Electric at 631-420-1700. Their licensed electricians will ensure the job is done the right way the first time around.

Some information about Levittown, NY

Levittown is a hamlet and census-designated place (CDP) in the Town of Hempstead in Nassau County, on Long Island, in New York, United States. It is located halfway between the villages of Hempstead and Farmingdale. As of the 2010 census, the CDP had a total population of 51,881, making it the most populated CDP in Nassau County and the second most populated CDP on Long Island, behind only Brentwood.

The Levitt firm began before World War II, as a builder of custom homes in upper middle-class communities on Long Island. During the war, however, the home building industry languished under a general embargo on private use of scarce raw materials. William ‘Bill’ Levitt served in the Navy in the Seabees – the service’s construction battalions – and developed expertise in the mass-produced building of military housing using uniform and interchangeable parts. He was insistent that a postwar building boom would require similar mass-produced housing, and was able to purchase options on large swaths of onion and potato fields in undeveloped sections of Long Island.

Returning to the firm after war’s end, Bill Levitt persuaded his father and brother to embrace the utilitarian system of construction he had learned in the Navy. With his brother, Alfred, who was an architect, he designed a small one-floor house with an unfinished ‘expansion attic’ that could be rapidly constructed and as rapidly rented to returning GIs and their young families. Levitt & Sons built the community with an eye towards speed, efficiency, and cost-effective construction; these methods led to a production rate of 30 houses a day by July 1948.They used pre-cut lumber and nails shipped from their own factories in Blue Lake, California, and built on concrete slabs, as they had done in a previous planned community in Norfolk, Virginia. This necessitated negotiating a change in the building code, which prior to the building of this community, did not permit concrete slabs. Given the urgent need for housing in the region, the town agreed. Levitt & Sons also controversially utilized non-union contractors in the project, a move which provoked picket lines. On the other hand, they paid their workers very well and offered all kinds of incentives that allowed them to earn extra money, so that they often could earn twice as much a week as elsewhere. The company also cut out middlemen and purchased many items, including lumber and televisions, directly from manufacturers. The building of every house was reduced to 26 steps, with sub-contractors responsible for each step. His mass production of thousands of houses at virtually the same time allowed Levitt to sell them, with kitchens fully stocked with modern appliances, and a television in the living room, for as little as $8,000 each (equal to $92,721 today), which, with the G.I. Bill and federal housing subsidies, reduced the up-front cost of a house to many buyers to around $400 (equal to $4,636 today).