5 Essential Questions to Ask an Electrician Before Hiring

When your lights start flickering or you need to have a few new electrical outlets installed in your home, don’t make the mistake of hiring the first electrician you find. While there are plenty of electricians on Fire Island, NY unfortunately, not all of them are reliable. The last thing you want is to end up hiring an electrician that doesn’t have the experience providing the services you need, or that doesn’t carry insurance. What happens if something goes wrong? – You could end up being seriously inconvenienced, or worse, injured, as a result of shoddy work.

To ensure you choose a qualified electrician, make sure you do your due diligence and ask the following questions before you hire just anyone to do the job.

Electrical work can be dangerous, and as such, electricians are required to carry a valid license.

A license certifies that the contractor has received the proper education and training. There are two types of licensure:

Are you properly insured?

In addition to holding a valid license, an electrician should also be insured. As mentioned, electrical work can be extremely dangerous. What happens if there is an accident and a worker is injured or your property is damaged? If the electrician isn’t insured, you could be held liable for the cost of repairs and medical care. In fact, insurance is so important that electricians are required to carry it!

An electrician or a commercial contractor should carry liability coverage; however, if he or she employs a crew, the electrician should also carry workers’ compensation coverage. Should an accident occur, you won’t be required to pay for any damages or injuries; instead, the electrician’s insurance will cover the cost.

What type of experience do you have?

Experience is just as important as a valid license. While an electrician can receive tons of training, nothing can compare to what is learned with first-hand experience. For example, an electrician may know all of the codes like the back of his hand, but if he doesn’t know how to implement those codes, that information is for naught. Furthermore, an experienced electrician will understand how to work with customers and best meet their needs.

Find out how many years a prospective electrician has been in business, as well the type of jobs he or she has performed. This information will tell you a lot about the type of work you can expect.

Who will be completing the work?

It’s important to know who will be completing the work that you need to have done. Will the owner of the company be doing the work, will employees, or will subcontractors?

What services do you offer? 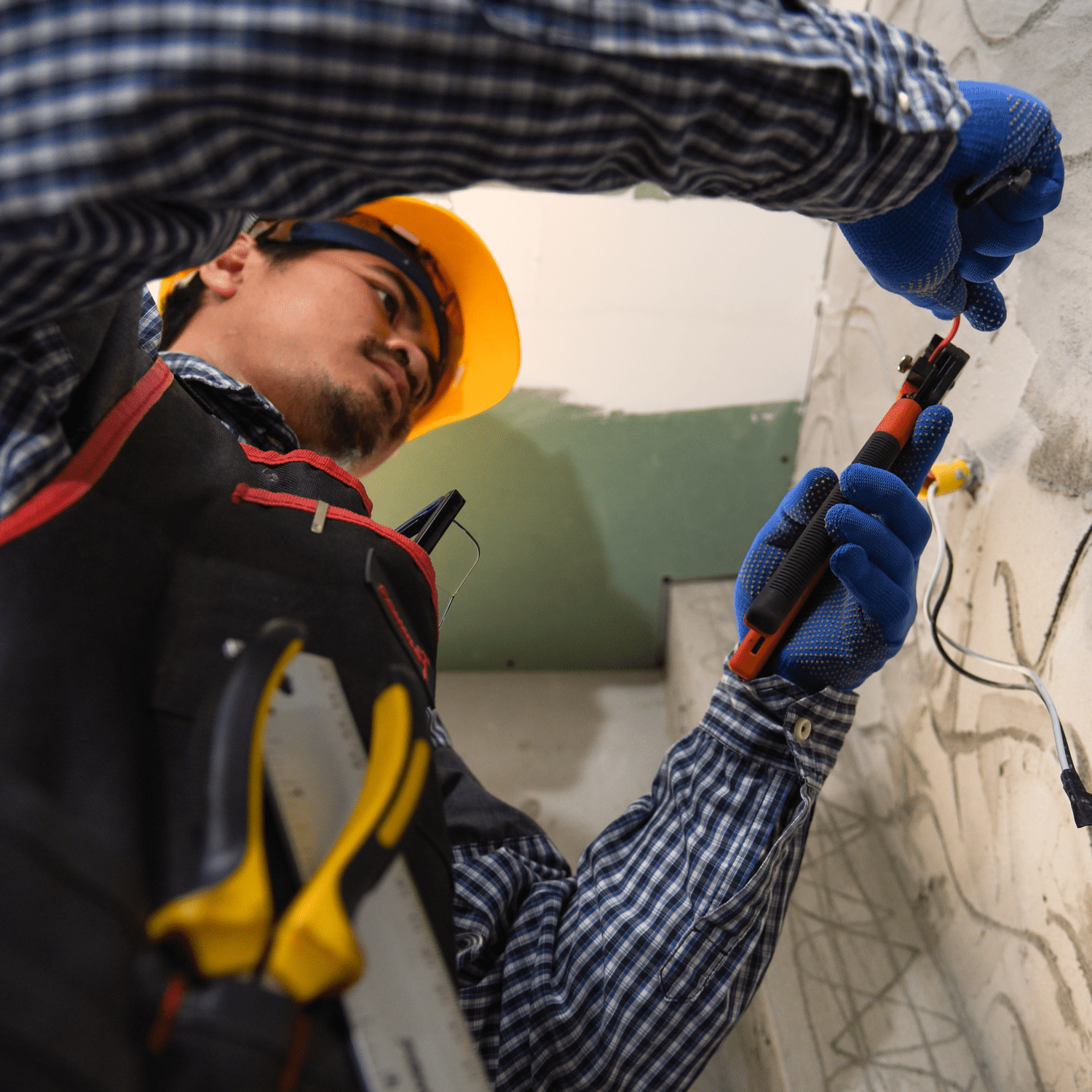 You also want to make sure you choose an electrician that offers the services you require. All electricians cannot perform all types of electrical work. For example, if you need to have an outdoor electrical system installed, if the electrician doesn’t have experience with this type of job, he or she probably isn’t the best choice.

Do you provide a warranty?

Find out if any type of warranty is offered. A reputable electrician will offer a warranty not only on workmanship but on the parts that are used, as well.

In addition to finding out if the electrician offers a warranty, find out how long that warranty is good for.

As a reputable electrician, Fielack Electric can provide positive answers to all of the above-mentioned questions. No matter what type of electrical services you require, you can count on these expert electricians to meet all of your needs. Call now at 631-420-1700.

Some information about Fire Island, NY

Fire Island is the large center island of the outer barrier islands parallel to the south shore of Long Island, New York.

Though it is well established that indigenous Native Americans occupied what are today known as Long Island and Fire Island for many centuries before Europeans arrived, there has existed a long-standing myth that Long Island and nearby Fire Island were occupied by ‘thirteen tribes’ ‘neatly divided into thirteen tribal units, beginning with the Canarsie who lived in present-day Brooklyn and ending with the Montauk on the far eastern end of the island.’ Modern ethnographic research indicates, however, that before the European invasion, Long Island and Fire Island were occupied by ‘indigenous groups […] organized into village systems with varying levels of social complexity. They lived in small communities that were connected in an intricate web of kinship relations […] there were probably no native peoples living in tribal systems on Long Island until after the Europeans arrived. […] The communities appear to have been divided into two general culture areas that overlapped in the area known today as the Hempstead Plains […]. The western groups spoke the Delaware-Munsee dialect of Algonquian and shared cultural characteristics such as the longhouse system of social organization with their brethren in what is now New Jersey and Delaware. The linguistic affiliation of the eastern groups is less well understood […] Goddard […] concluded that the languages here are related to the southern New England Algonquian dialects, but he could only speculate on the nature of these relationships […]. Working with a few brief vocabulary lists of Montauk and Unquachog, he suggested that the Montauk might be related to Mohegan-Pequot and the Unquachog might possibly be grouped with the Quiripi of western Connecticut. The information on the Shinnecock was too sparse for any determination […] The most common pattern of indigenous life on Long Island prior to the intervention of the whites was the autonomous village linked by kinship to its neighbors.’

‘Most of the ‘tribal’ names with which we are now familiar do not appear to have been recognized by either the first European observers or by the original inhabitants until the process of land purchases began after the first settlements were established. We simply do not know what these people called themselves, but all the ethnographic data on North American Indian cultures suggest that they identified themselves in terms of lineage and clan membership. […] The English and Dutch were frustrated by this lack of structure because it made land purchase so difficult. Deeds, according to the European concept of property, had to be signed by identifiable owners with authority to sell and have specific boundaries on a map. The relatively amorphous leadership structure of the Long Island communities, the imprecise delineation of hunting ground boundaries, and their view of the land as a living entity to be used rather than owned made conventional European real estate deals nearly impossible to negotiate. The surviving primary records suggest that the Dutch and English remedied this situation by pressing cooperative local sachems to establish a more structured political base in their communities and to define their communities as ‘tribes’ with specific boundaries […] The Montauk, under the leadership of Wyandanch in the mid-seventeenth century, and the Matinnecock, under the sachems Suscaneman and Tackapousha, do appear to have developed rather tenuous coalitions as a result of their contact with the English settlers.’

‘An early example of [European] intervention into Native American political institutions is a 1664 agreement wherein the East Hampton and Southampton officials appointed a sunk squaw named Quashawam to govern both the Shinnecock and the Montauk.’