6 Signs You Need to Call an Electrician

When Long Islanders are in need of electrical services, Fielack Electric is a top electrical company on Long Beach, NY. For over 20 years, the licensed electricians have been providing outstanding electrical work. They have the skill and experience that’s necessary to tackle every job safely and affordably. Whether you need to have your electrical system upgraded or you are interested in installing new features, you can count on the crew at Fielack Electric to not only meet your needs but exceed them.

In an effort to save money – or just for bragging rights – a lot of homeowners try to handle their own electrical work. While attempting to do the work yourself is commendable, and in some cases, it may be just fine, there are times when calling a qualified electrical company is a safer (not to mention more cost-effective) option.

But how do you know when calling an electrician is a better approach than DIY? Here’s a look at six signs that indicate calling a professional is an absolute must. 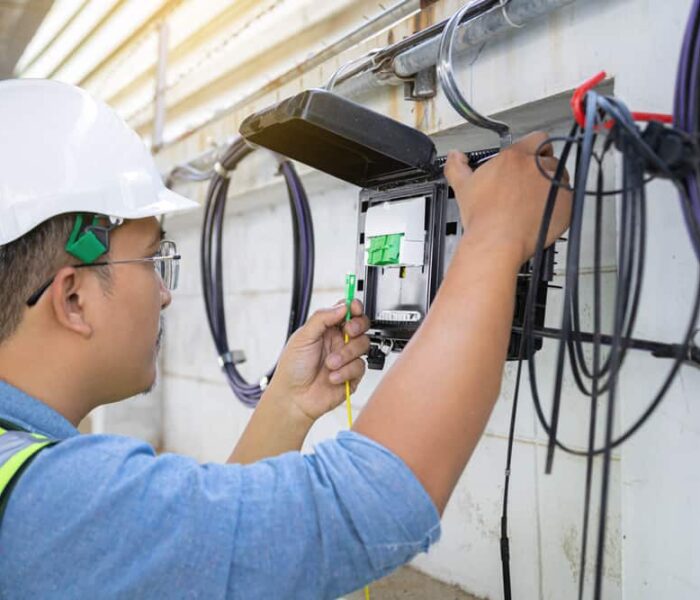 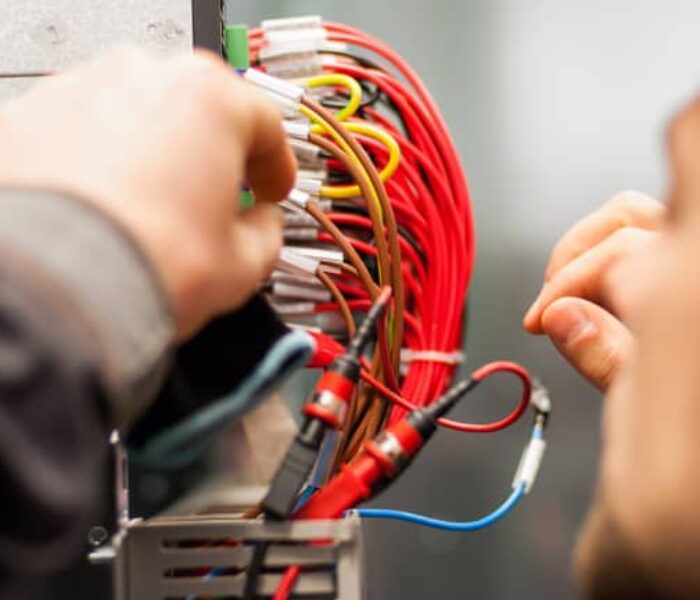 If your circuit breaker is constantly tripping, you definitely need to call a licensed electrician.

A breaker is designed to trip when circuits are overloaded. This feature prevents wires from overheating and potentially sparking a fire. When a breaker frequently trips, it may be a sign that your circuits are overloaded. A commercial electrician will be able to properly diagnose and correct the problem, ensuring the safety of convenience – and more importantly, the safety – of your home.

Electrical outlets and switches shouldn’t emit any sound. If you hear any buzzing, sizzling, or crackling sounds, you could have a serious problem on your hands. The wires that are connected to the outlet or switch may be loose, the wiring may faulty, or the breaker connected to your outlet may be putting out too few or too many amps.

If you hear strange sounds coming from your outlets or switches, don’t attempt to fix the problem yourself. Instead, immediately shut off the power to the affected area and call a licensed residential electrician in Long Beach, NY.

The Lights are Flickering

If any lights in your home spontaneously brighten and dim, or they are shut off and turn back on, you can try changing the light bulb. If that doesn’t work, the problem may be an issue with the wiring that’s connected to the light. For example, a wire may be faulty, or it may not be connected properly. Avoid trying to handle this problem on your own. A licensed electrician will have the knowledge and experience needed to accurately diagnose the cause of the flickering and correct it.

Your Outlets and Switch Plates are Hot

While an electrical current may make a switch plate or outlet mildly warm, it should never be hot to the touch. If you feel excessive heat coming from an outlet when you plug something in or a switch when you turn a light on or off, call an electrician. The outlet or switch may have been incorrectly wired, which is a serious issue that requires an expert to diagnose and repair.

You should never see sparks coming out of an electrical outlet, switch, breaker, or fuse box. If you do, it’s a sign that something is seriously wrong. If possible, turn off the electricity and call a licensed electrician immediately. The longer you put the problem off, the greater the chances that a fire will occur. 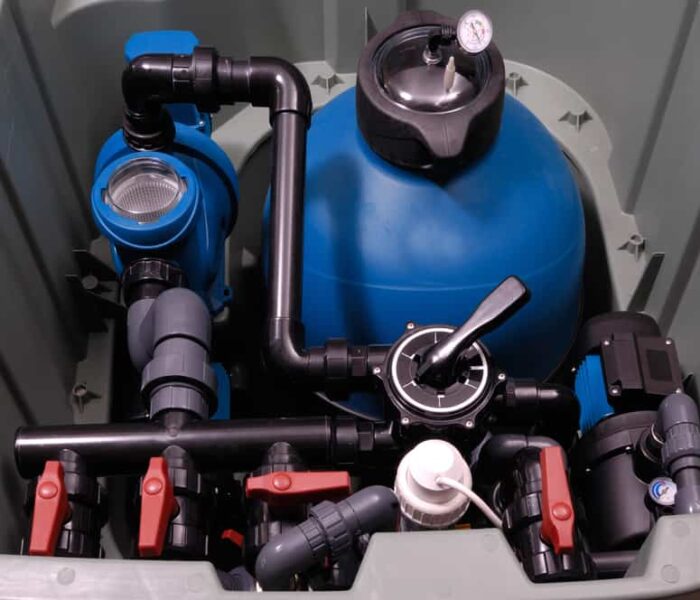 You Notice a Burning Smell

If you notice the smell of burning plastic coming from outlets, light switches, fixtures, or appliances, call an electrician immediately!

The smell of burning plastic could indicate a major issue that could put your family in serious risk of danger.

If any spot any of these signs in your home, don’t try to fix them on your own. These problems are too serious for someone without proper training and experience to handle. Instead, call a reputable and licensed electrician in Long Beach,NY as soon as possible. Don’t put the safety of your family at risk in the hope of saving yourself a few dollars.

The experts at Fielack Electric will be able to properly identify the cause of your electrical problems and correct them, safely, quickly, and affordably. Call us at 631-420-1700 to learn more!

Long Beach is a city in Nassau County, in New York, United States. It takes up a central section of the Long Beach Barrier Island, which is the westernmost of the outer barrier islands off Long Island’s South Shore. As of the 2010 United States census, the city population was 33,275, and 33,454 in 2019. It was incorporated in 1922, and is nicknamed “The City By the Sea”. The Long Beach Barrier Island is surrounded by Reynolds Channel to the north, east and west, and the Atlantic Ocean to the south.

The city of Long Beach’s first inhabitants were the Algonquian-speaking Lenape, who sold the area to English colonists in 1643. From that time, while the barrier island was used by baymen and farmers for fishing and harvesting salt hay, no one lived there year-round for more than two centuries. The bark Mexico, carrying Irish immigrants to New York, ran ashore on New Year’s Day.

Austin Corbin, a builder from Brooklyn, was the first to attempt to develop the island as a resort. He formed a partnership with the Long Island Rail Road (LIRR) to finance the New York and Long Beach Railroad Co., which laid track from Lynbrook to Long Beach in 1880. That same year, Corbin opened Long Beach Hotel, a row of 27 cottages along a 1,100-foot (340 m) strip of beach, which he claimed was the world’s largest hotel. In its first season, the railroad brought 300,000 visitors to Long Island. By the next spring, tracks had been laid the length of the island, but they were removed in 1894 after repeated washouts from winter storms.